A Triathlete’s Journey to Heal

GETTING BACK TO THE SPORT SHE LOVES 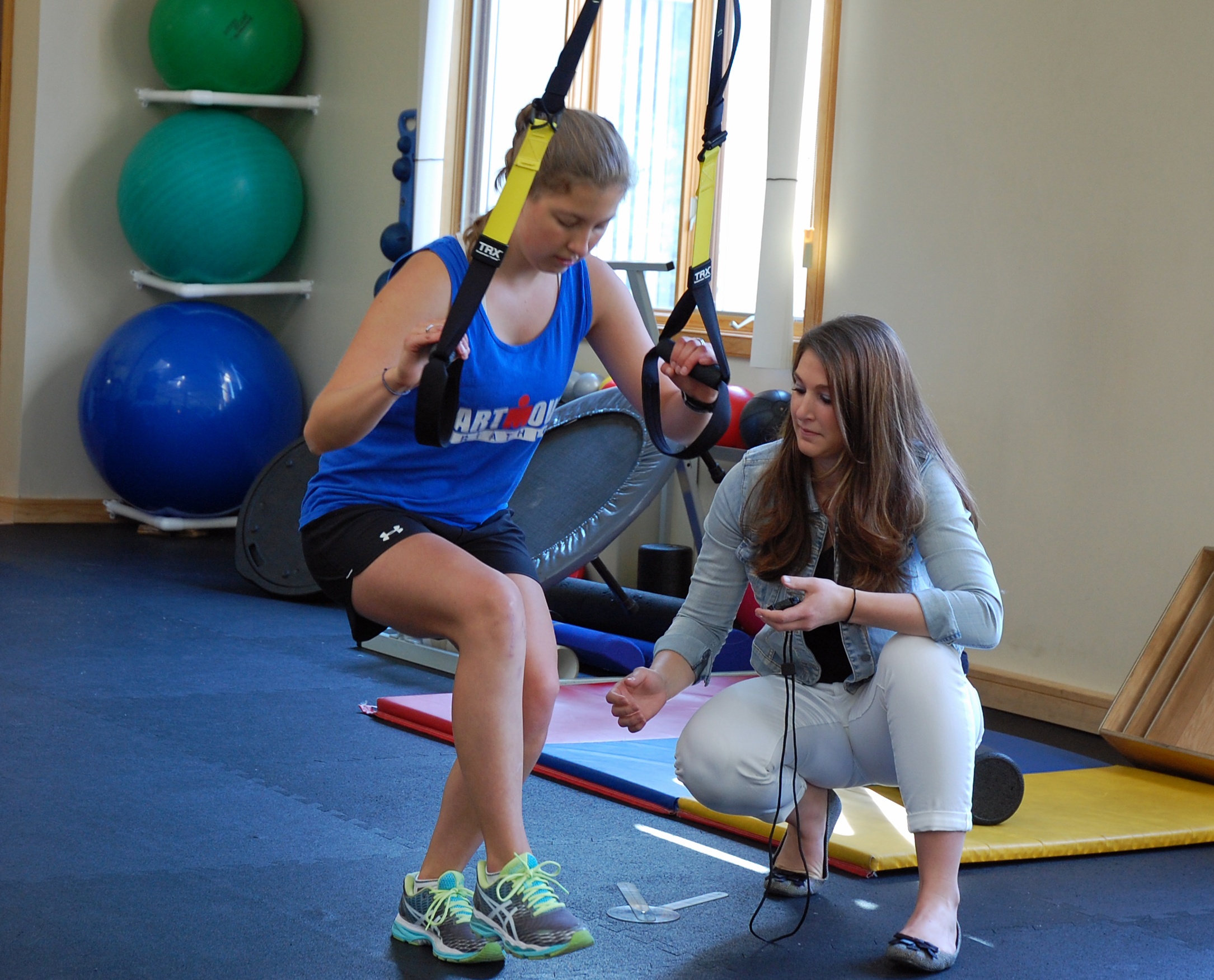 As a collegiate level athlete it is not unusual to experience an injury at some point in your career. With Valentina Sedlacek, who participates with Dartmouth’s Triathlon club, her injury wasn’t even fully appreciable until years later. She recalls having sprained her knee playing Field Hockey during her senior year of high school. It wasn’t until her knee gave out on her while studying abroad during her sophomore year with Dartmouth College, and remained swollen and bruised for a week following, that she went to see a doctor.

An MRI revealed that she had torn her ACL sometime in the past and had some accompanying medial meniscus damage.

“How she originally tore her ACL is not fully known, but the fact that she had been participating in collegiate level athletics right up until the diagnosis is actually pretty remarkable,” noted Anna Hecker, PT, DPT.

In December of this past year, Valentina underwent reconstructive surgery to repair her ACL and meniscus. For the repair, her surgeon used a part of her patellar tendon to graft the knee together in the fashion of an ACL and sent her to physical therapy for the critical rehabilitation phase. Valentina came to see us 4 days post-surgery getting right to work on her rehab program.

“Physical therapy for the first few months after an ACL repair follows a very specific rehab protocol,” said Anna. “It’s important to push to make gains, but at the same time we have to protect the surgical repair allowing it to properly heal. With that in mind, we start with a very specific set of actions focusing on restoring motion of the knee.”

Valentina was in a knee brace that locked to maintain the full extension of her lower leg for almost 6 weeks, only taking it off at therapy to work on muscle contractions and bending her knee with Anna’s manual guidance. The main purpose of the initial stages of the rehab is to build back the strength in the affected quadriceps muscles.

“Valentina’s recovery progressed well and each week we hit new goals and benchmarks set by her surgeon,” said Anna. “As we continued to progress her rehab program, we started working on more weight bearing activities, and using the stationary bike.”

Shortly thereafter Valentina was in the pool swimming and aqua jogging, and by the end of March she was rowing on an erg machine. In April she started jogging, and by May Valentina participated in the swimming portion of a triathlon. Now she is back to running, swimming, biking, and training with the Dartmouth Triathlon Club.

On her experience Valentina notes, “I have really enjoyed working with Anna and the other fantastic Physical Therapists at Cioffredi’s. I feel fortunate to have been able to work with her from a few days after my surgery right up through feeling like I can do anything again. Anna understood my desire to see progress every time I went to therapy. When I was frustrated, she easily lifted my spirits and celebrated the little things, such as being able to bend my knee a few more degrees than the previous week.”

“Throughout my work with her, Anna has kept me optimistic and working hard. I am so thankful for her dedication to my progress, her friendliness, and the amount she has made me sweat and work. I have felt so well supported by Anna and the other staff that the early morning sessions and recovery have passed quickly.”

“I’m stronger and doing more than I was able to do prior to surgery. I have not only reached my original level of stability, mobility, and strength, but also recovered much of what I haven’t been able to do since I first started having problems with my knee three years ago.”