Surgery Avoided with a Little Teamwork 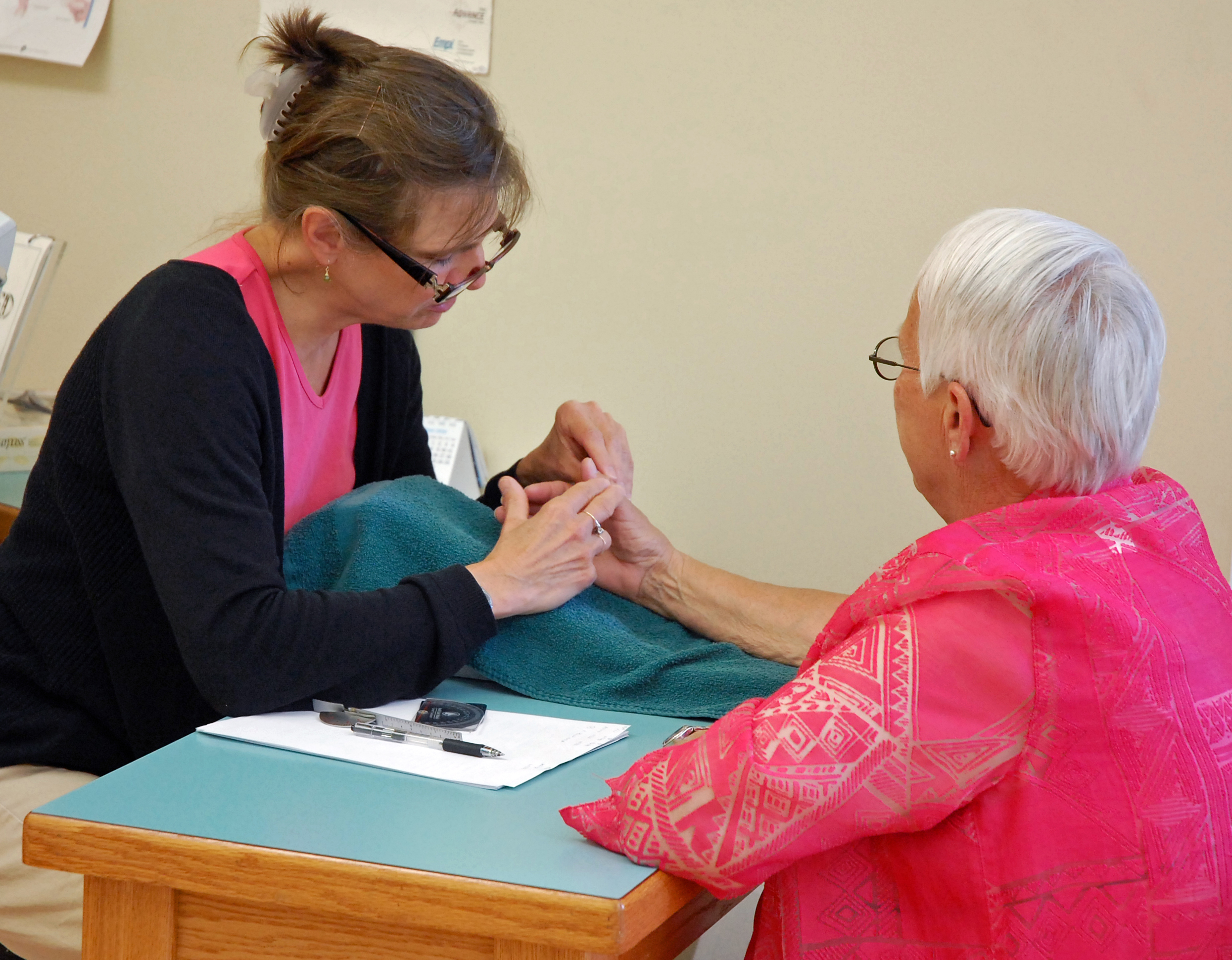 As Athletic Director at Lebanon Middle School, Linda Preston finds her days both rewarding and busy with a multitude of tasks to be completed. One day in February, just as the basketball season was winding down, Linda was handling an injury that occurred to one of the young athletes. “Having taken care of the injured player, I had gone back into the training room to replenish some supplies,” recalled Linda. “As I was leaving the room to return to the gymnasium, my sneaker got caught in the strap of an equipment bag, and I became airborne.”

Linda put out her hand to catch herself, but ended up falling hard on that hand. The end result was major damage to her left wrist. After seeing a physician she was put in a splint to immobilize the wrist. “I spent approximately 6-8 weeks in various casts or splints, and once the 3rd cast was finally removed, I was still facing the possibility of surgery,” recalled Linda. “It was then decided that I should consult an Occupational Therapist and see if something could be done before making a final decision about undergoing surgery. I called the clinic and received an appointment with Ruth Cioffredi, OTR/L. Immediately my education regarding my wrist began.”

“When I saw Linda for her Initial Evaluation, she had a swollen and very painful wrist,” remembered Ruth. “Her active range of motion was limited due to her pain level and she had significantly decreased grip and pinch strength. All areas of her daily living were being affected. We focused on reducing the pain and swelling in her wrist and improving her mobility along with educating Linda about the progression of tissue healing and how to read the symptoms her body was giving her. Linda is an extremely motivated person so it was important that she understood what the signs of overuse looked like and the importance of being respectful of this. As an Athletic Director, Linda understands the importance of team work, and was able to work with me as a team to heal her wrist.”

Linda recalled, “I learned what was going on with it and what the best plan of action would be going forward. Each and every treatment session I had with Ruth I ended up gaining first-hand knowledge. Once I was pain free, a miracle in itself, I began various exercises to strengthen my weakened wrist.”

Ruth added that “Linda’s diligence with her home exercise program and the questions she asked during therapy led her to progress faster than I had ever imagined she would through her treatment program. After just a few treatment sessions Linda was progressing to strengthening not only her hand and wrist but her entire left arm and shoulder girdle muscles. By the sixth visit Linda virtually had no functional limitations and only needed to work on strengthening to fully return to normal limits. Linda is a poster child of what teamwork can do; it was a pleasure to have worked with her.”

“Looking back, it has been quite a journey,” said Linda. “With that in mind, I can tell you it has been exciting and certainly worthwhile. With the quality care I have received from Ruth I can now function using my left wrist and it is completely pain free. It is also important to note that with what I have learned about my injury, I believe that I can now be preventative and take good care of this important body part in the future. My deepest gratitude and thanks to Ruth and to Cioffredi & Associates!”