A year ago, Bill Samuels could barely walk. Today, you’ll find him golfing throughout the week, carrying his clubs all over the hilly 18 holes of his local golf course. 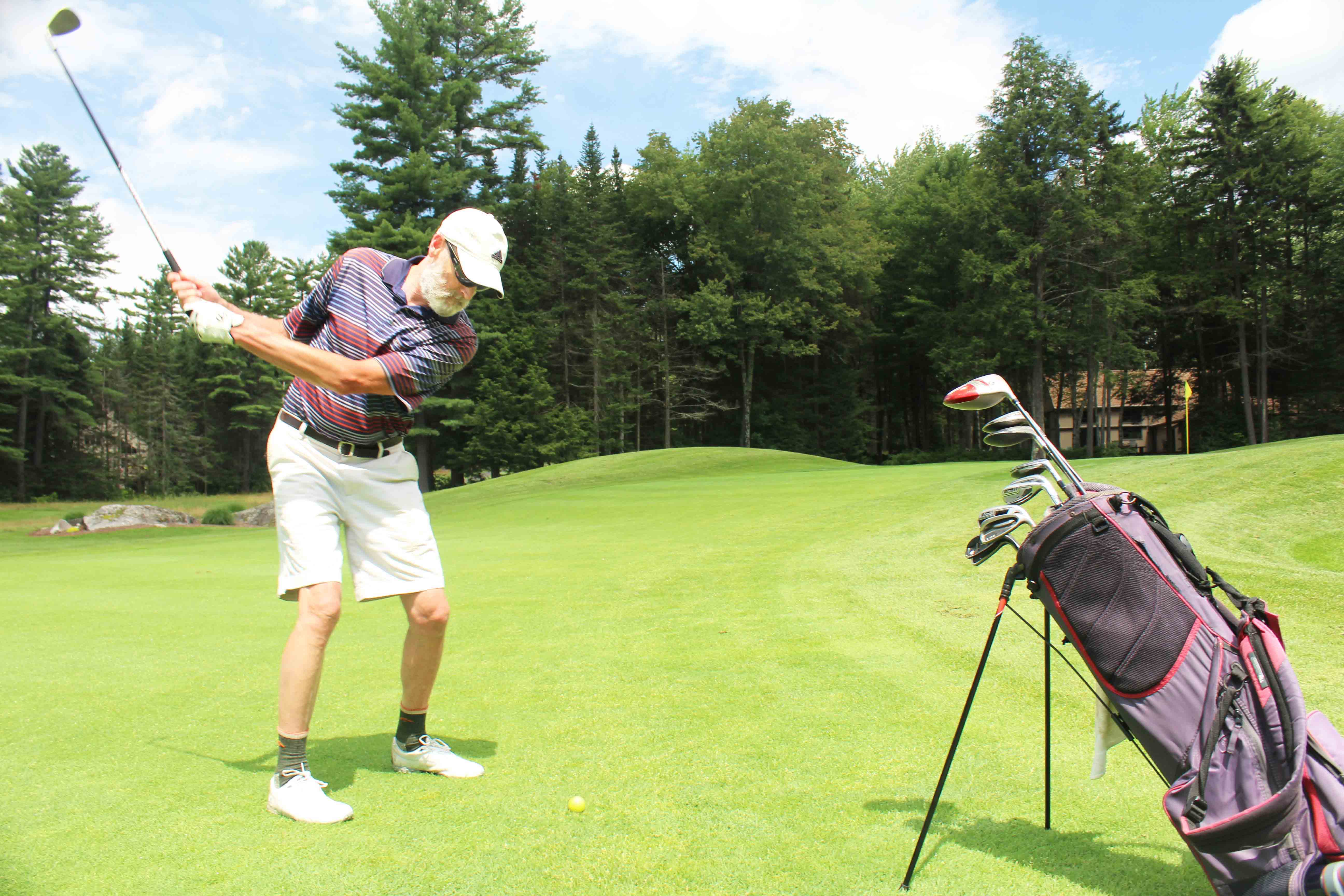 While recovering from a torn calf muscle last summer, he began to overcompensate for his injury, putting additional strain on his opposing hip. As the calf got better, the hip only got worse.

As an active person his entire life, Bill couldn’t believe that this was practically preventing him from walking, not to mention playing golf. He took up the sport a few years ago and you can hear the enthusiasm in his voice when he talks about it. “When you hit a good ball, even if you’re not a very good player…it’s like ‘I can do this!’ and then you get to try and repeat it.” Unfortunately, with his hip acting up, he was forced to put away his clubs and take up a cane.

After consulting his doctor, he was referred to an orthopedic specialist who took an x-ray of the hip. He remembers, “They looked at the picture of the joint and they see the cartilage is largely deteriorated or gone. The orthopedists were talking about the inevitability of surgery.” His doctor suggested physical therapy “prehab” to alleviate some of the pain and prepare for surgery. Prehab has also been shown to increase surgical outcomes and shorten the post-surgery rehabilitation process [1]. What people may not know though, is that physical therapy can actually be an effective alternative to surgery in certain situations. 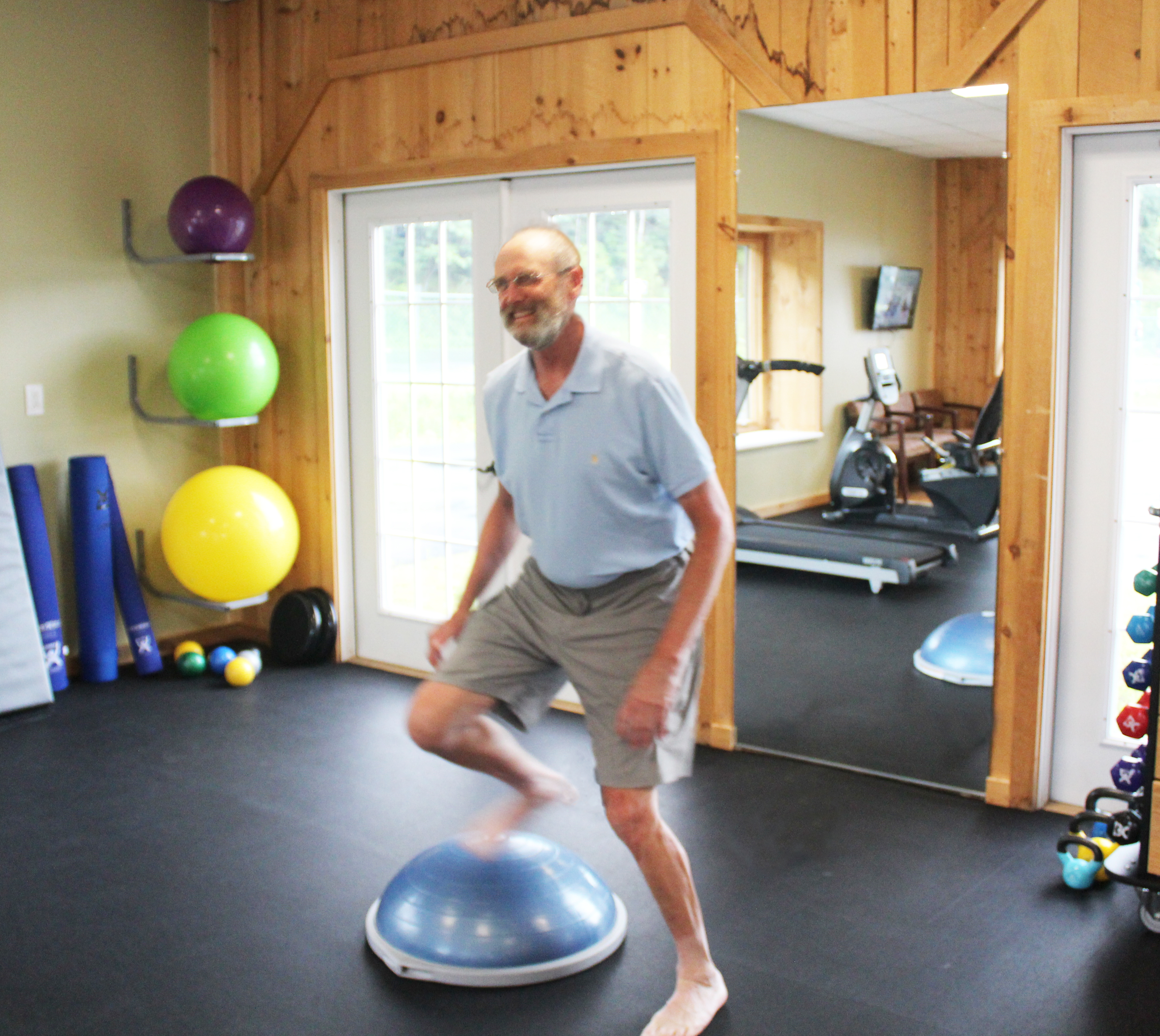 Bill came into PT wanting to avoid or delay what he’d understood to be inevitable and, at first, it seemed like that might be the case. “The first two weeks, it was difficult to really notice much in the way of improvement. It started off very slowly, but then it began to have an exponential component to it. Once I began to build strength, I would be building strength on top of strength and the improvement would be more rapid.” He soon ditched the cane and started to realize that he may not need surgery after all.

Two months after starting PT, Bill is off NSAIDS and back to doing the things he loves. This winter, he went hiking out west and this summer he’s been staying active on the local golf course. “I’m just amazed. I’ve seen the pictures of the x-rays of what my hip looks like and they showed me where there’s no cartilage, where it’s significantly deteriorated. The thing that surprised me is that you look at that and you say, ‘This is an arthritic hip. This is a bad hip joint.’ And yet I’m able to function on it pretty much as well as I’ve ever functioned on it now through PT. Does that mean I’ll never have to get a hip replacement? I don’t know. Maybe not, but as of right now, hip surgery is not even a question.”

Bill is realistic about his situation. Sure, maybe surgery is in his future, but for now, he’s feeling great. As he says, he can “Put it off until I’m old and in the way!” In the meantime, you can find him out on the golf course, working on his swing and enjoying life.

“I’ve made it through half of the New England golf season and there’s plenty of things wrong with my game, but my hip’s not one of them!”

Staying Fit on the Fairway

From Constant Pain to Race Training

Getting Back in the Swing

The Newsletter is Here!