PT Shown to Help Patients with Symptoms of Depression 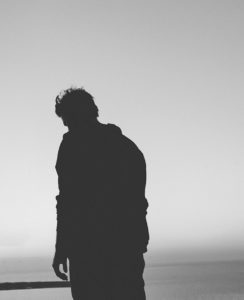 Physical therapy may do more than treat the aches and pains related to sports and work-related orthopedic injuries; studies show it can help improve individuals’ moods as well. Research has uncovered a link between pain and depression, suggesting that more than one third of individuals with chronic back or neck pain also exhibit signs of depression.

Numerous studies conducted during the last 30 years have indicated that exercise can improve mood and mindset, even helping to peel back layers of depression.

PT FOR BACK AND NECK PAIN

More recent research, including an article published in the Journal of Orthopaedic & Sports Physical Therapy, suggests that feelings and thoughts of depression may subside with the introduction of physical therapy for back and neck pain.

In this study, 40% of the patients evaluated exhibited decreased feelings and thoughts of depression following physical therapy treatment to address pain and functional limitations from a work-related orthopedic injury. One year after treatment, those showing signs of improvement of their depression symptoms were more likely to have returned to work and report lessened pain intensity. Conversely, the individuals who did not exhibit improvements in symptoms of depression were less likely to have returned to work.

Depression is a real illness, one that requires proper treatment and attention. The condition, one that can worsen alongside the prognosis of chronic back or neck pain, often goes undiagnosed and untreated. Physical therapy can have a positive impact on patients with depression, both by capturing those who suffer and helping to lessen the symptoms and burden of disease.

How Physical Therapy Can Ease Depression

“Now, less than six months later, he can successfully walk up to two hours on his own with no pain. He has also taken on swimming. He swims one mile (48 laps) three to five times a week. He is no longer suicidal.”

My father has suffered from depression, and his story is not so uncommon in America. In August of 2015 he had prostate surgery and his recovery was most difficult. He was out of work for four months, as a result he could not exercise and he lost approximately 40 pounds. So falling into a deep depression was almost unavoidable.

He just wanted it all to end – even if that meant taking his life. That might sound drastic but because his father had committed suicide, the option was all too real and accessible.

He was almost at the point of giving up until he decided to try physical therapy. He met Sarah Nordstrom, a physical therapist [at Cioffredi & Associates] and she immediately changed his mindset.

He went through the physical therapy twice a week for six weeks. Because of that he started to become more mobile. He began walking a few feet on his own, which had become impossible. This gave him hope. Now, less than six months later, he can successfully walk up to two hours on his own with no pain. He has also taken on swimming. He swims one mile(48 laps) three to five times a week. He is no longer suicidal.