Placebo, Confidence, and Certainty: Are They Related? 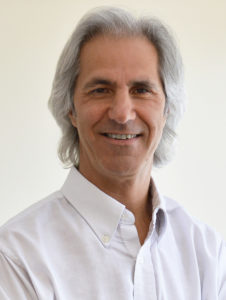 Mike Pauletich believed he had undergone surgery to alleviate Parkinson’s symptoms during a trial at Stanford University in 2011. Parkinson’s disease is a difficult degenerative disease that has no cure, where current treatments simply try to retard the progression of the disease. The Stanford study involved both an actual and a “placebo” surgery in which a drug was or was not administered, and Mr. Pauletich not only had a good result from the study procedure, his outcomes far surpassed expectations. Many of the chronic effects he had experienced were actually reversed, such that you could hardly tell he had the disease at all. When the results came in at the conclusion of the research trial, those who received the actual treatment, on a whole, didn’t improve any better than the control group who had received a sham surgery. A researcher looking at the data afterwards noticed something remarkable: Mike had received the sham surgery!

“Mind over Matter,” a recent National Geographic article, caught my eye… (Healing Power of Faith, December 2016) You can read it at Cioffredi.com/NatGeoPlacebo

Numerous studies have revealed and supported this “placebo effect.” A significant portion of people improve when they receive an intervention (some form of care) that should have no physiological effect on them—a placebo. On a fairly consistent basis, if we think we’re going to improve, we do. Healing happens through an idea, a thought. 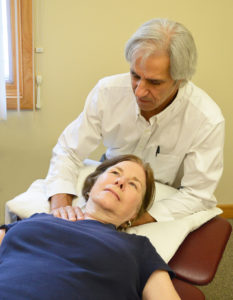 The power of “positive thinking” is a generally accepted concept as an influence on one’s performance. Our ability or competence in something is, to a large degree, based on an idea, a thought. We call it confidence. Conversely, anxious thoughts, or the idea that we don’t know what will happen to us (or whether we’ll have the ability to handle what might happen to us) stresses our system and causes physical responses that can harm our health. Prolonged stress (anxiety) results in elevated levels of cortisol and causes the body to break down. Think high blood pressure, ulcers, cancer.

So, if our thoughts can cause our bodies to be ill, can our thoughts cause our bodies to be well? Thinking positive thoughts doesn’t seem to be enough, but where do we start? Perhaps we start with confidence. I’m not talking about cockiness, arrogance, or false pride. Confidence is not a “yes I have it” or “no I don’t.” Rather it’s a spectrum: “I hope I can…, I believe I can…, I know I can…, I will…” (Maybe Mike Pauletich “knew” something that others didn’t?)

Intention is a direction of force. It’s just a thought, an idea—but it may have tremendous power. What if we each had a continuous strategy to develop our own self-confidence? What if we interacted with our friends, family, colleagues, clients, community in a way that enhanced their confidence? And what if we avoided interacting in ways that would cause them self doubt, like invalidating their beliefs or viewpoint? Hey, it’s just a thought.

If you want to learn more about building one’s confidence, consider coming to listen to Dan O’Rourke, M.D. at our Speaker Series on November 1.

OTHER POSTS BY BILLY CIOFFREDI

Pain and Resilience: What I’ve Learned
Getting Out of Our Own Way
Happy, Healthy New Year
Humanities and Health