Angie Hinton: Back to Running for Better Health 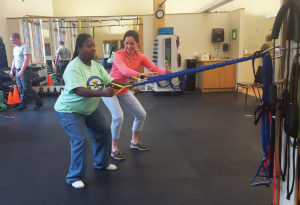 Physical therapy has meant a great deal to me. I have been a member of the (Lebanon, NH, Recreation & Parks) Couch to 5k running group for three years now, and I had been feeling pretty confident about trying my first 10k this summer. That was put on hold in February when I fell on the ice while working. I ignored the pain for a little while, but it did not go away so I began PT. Come to find out, it was not my leg that was the issue but my back. The impact from my fall hurt my lower back causing several problems with my leg and foot. I wanted PT to help clear up the monster amounts of pain I was having and I wanted to get strong enough to run again. Working with Kate has been challenging and very rewarding, I did not think I could get to the point of sitting comfortably, let alone run, but she helped me believe that I could do it. Injuries can sideline you but you can come back. I am practicing with the run club and will run in the 5k race on the 4th of July! 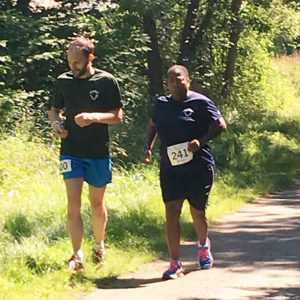 I started to run because I wanted better health and better control of my diabetes. A month ago, after being on medications since 1994, I was taken off insulin and am beginning the process of getting off medication all together! The team at Cioffredi has given me so much more than they will ever know (so much more than PT). I thank them from the bottom of my heart and running shoes!!