Dawn Famiglietti: A Story of Resilience 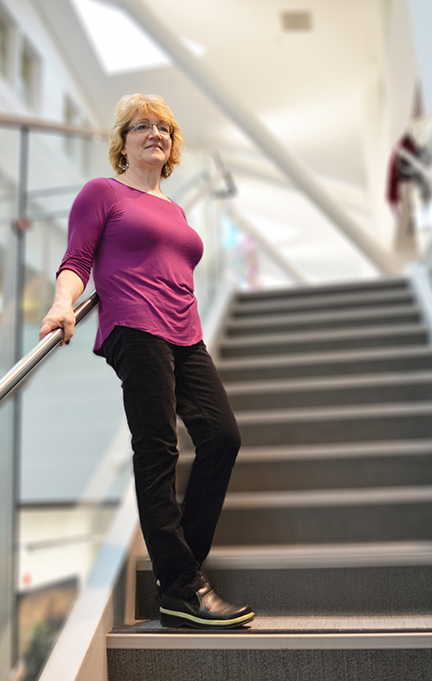 When Dawn Famiglietti of Sunapee reached out suddenly to break someone’s fall one day in late 2011, she was acting on instinct. She had no idea that this quick action would change her life forever, sending her on a journey of pain and healing that would test her to the core. Today, with rods and cages fusing together seven vertebrae in her lower back, Dawn shares inspiration and encouragement with everyone she meets.  Her message: “Don’t stop moving!”

The scope of Dawn’s back injury did not become fully apparent for several months after the incident. During that time her life became a waking nightmare of unbearable pain. “We tried everything at first: steroid injections, chiropractic adjustments, massage, the pool,” but relief just wouldn’t come without increasing doses of narcotic pain medication—and then with greater frequency.  She suffered headaches, couldn’t sleep, and the pain that shot down her leg like an electric current was unrelenting. She found herself constantly lying on the floor, and away from her loved ones. “Standing was difficult, driving was almost impossible, and I couldn’t sit long enough to even have dinner with my family.”

To hear her explain it, Dawn fought hard against the idea of being disabled, but the pain and the growing distance between living and merely existing took their toll. “I tried to stay positive in front of my family, but when they were gone I had panic attacks and anxiety. I was depressed.” Like so many people, Dawn found it hard to share her pain or ask for help, but it became too much. “I reached a point where I stopped caring, and I felt very desperate.” When the Christmas decorations didn’t even come out of storage in 2012, she knew she had hit bottom. 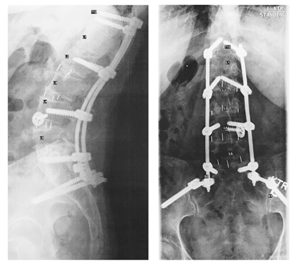 A surgeon in Boston was finally able to repair Dawn’s severely damaged spine with a multilevel lumbar fusion, a procedure that took two days to complete. Then more than a year since her injury, he challenged her to take charge of her own care. “You can do anything you want,” he told her, “the question is only whether you want to do it.” Right away she knew that her top priority was to get back to normal living, and to move as pain free as possible with minimal use of medications.

Dawn arrived at Cioffredi  & Associates with a limp and still hurting from her initial recovery rehab, but determined to get back her life and her sense of herself.

“When you have back pain, people can’t see it. It’s not like there’s something obviously wrong with you. I had a hard time when I went back to work, because I think I felt like people wouldn’t believe that I was really injured—that they would think I was soaking the system.” 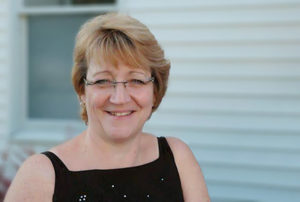 Physical Therapists Marsha Wykes and Anna Hinman worked with Dawn during her rehabilitation. “They were wonderful,” Dawn reported. “They made me feel important, and that I wasn’t there for no reason. They gave me good information to follow; they educated me, and when I didn’t do my exercises the way I was supposed to,” she explained sheepishly, “I was gently prodded. I almost didn’t want to leave.”

Dawn’s PT experience helped her to be constantly thinking about her posture and the way she does things, and even today she misses no opportunity to stretch or move. Most of her coworkers have no idea of the ordeal she has gone through since 2011, but they might just notice how energetic and positive she is. She always takes the stairs, often two at a time, and sometimes takes an extra set just to push herself. In her office, which is equipped with both a standing desk and a yoga mat, she’ll take a break and do a few stretches. If her door is open and someone sees her bending over in a forward fold, “l just tell them I’m looking for my contact lens. I don’t want anyone to say ‘Poor Dawn,’ I just know that I’ve got to keep moving, just keep those muscles moving.” 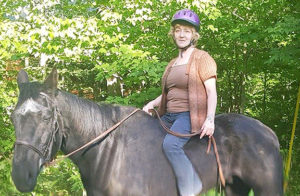 While Dawn’s outcomes are remarkable, she will likely always have good days and “not-so-good days,” when back pain intrudes. She’s determined to keep her positive outlook, but on the tough days she allows herself a break—and occasionally even some Tylenol—and acknowledges that there are things she will always need to approach differently. There won’t be any sit-ups or back bends in her daily fitness routine, for example, but her doctors have cleared her for “everything but skydiving.” Mostly she just wants to keep on gardening, caring for her horses, taking her dog for longs walks, and filling the wood box.

“I set goals for myself that aren’t huge. I look at my behavior and I try not to get down on myself; to go easier for the big things and just always keep moving.”

Her next big goal has to do with her daughter’s wedding in September 2017, she explains bashfully, pointing to her feet. “I want to be able to wear shoes with a little heel.”

LEARN MORE about the kind of excellent physical therapy care that Dawn received at Cioffredi & Associates.

Are flip-flops bad for your feet?